Probable Cause for DUI Stops: When Cops Can Stop You for Allegedly Driving Drunk

> Criminal Law > DUI > Probable Cause for DUI Stops: When Cops Can Stop You for Allegedly Driving Drunk 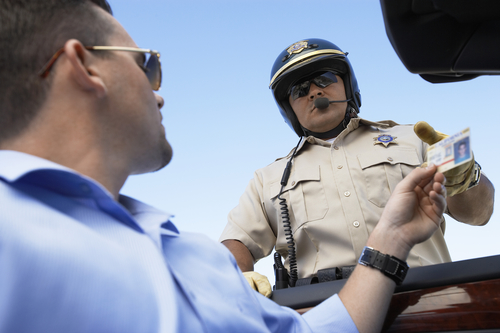 Here’s an overview of what cops typically look for in motorists’ behavior to serve as probable cause for DUI stops, our Adams County & Boulder DUI attorneys explain.

Before a law enforcement official can pull over a driver, there has to be probable cause for doing so. Probable cause refers to “reasonable grounds” for taking some action, and it is closely tied to people’s Fourth Amendment rights, which protects them from illegal search and seizure.

In terms of DUI stops, various things can serve as probable cause. However, transportation safety officials at the National Highway Traffic Safety Administration (NHTSA) have compiled a list of specific driving behaviors, assigning each with a percentage reflecting the probability that drivers who take each action are impaired.

This list (DOT HS-805-711) is used to train officers and guide them when in the field. Below, we will point out some of the more important aspects of this list to be aware of.

How Your Driving Behaviors Can Be Used to Predict Your Impairment

In determining whether a driver is likely to be intoxicated, based on his or her driving behaviors, here is what the NHTSA says are the top indicators of motorist impairment:

Additional possible indicators of impairment that are associated with less than 45 percent probability of impairment but that can still serve as probable cause for DUI stops, according to the NHTSA include:

Have you or a loved one been charged with a DUI? If so, the Adams County & Boulder DUI attorneys at Peter Loyd Weber & Associates are ready to immediately start defending you. Our primary concern is protecting your constitutional rights throughout the criminal process while helping you obtain the best possible outcome to your DUI case.