A new app called the Duey Dialer is claiming to be able to help people contact a lawyer as soon as possible after a DUI stop while recording their interactions with officers. 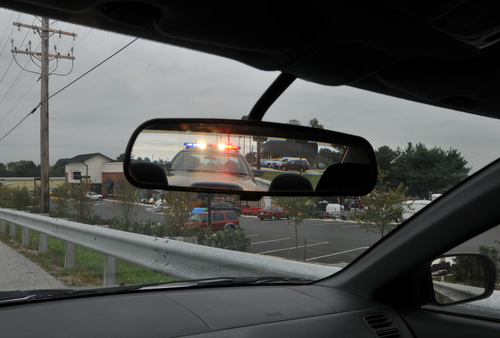 An experienced Boulder DUI lawyer takes a look at a new app that claims to help motorists during DUI stops. Contact us for the best CO DUI defense.

According to the app’s developers, this new piece of technology, which has been described as “an attorney in your pocket,” can help motorists protect their rights and start gathering important evidence for a potential future defense if DUI charges arise from the traffic stop.

In explaining the significance of the Duey Dialer app, the app’s co-creator, Daniel Delgado, has stated:

This way, you’ve got representation at a time that’s typically, you know, maybe emotionally charged, very difficult to try and find an attorney at that particular moment…So we take all of that and we make that process much more efficient… We hope that there is not a reason for someone to have to use this app, but what we are doing is providing a tool if you will to insure that your rights are preserved at a particular moment in time when you need to have them preserved.

How the App Works

According to the app’s developers, the Duey Dialer is very simple for motorists to operate. Once it has been downloaded on a driver’s mobile device, to use it, simply launch the app, press the button to record the interaction and then to send the recording to a local DUI attorney. The attorney will then contact the driver.

Although the app doesn’t currently have lawyers for every city in the U.S., the site explaining this app states that “we are working hard to provide you immediate attorney representation in all 50 states and the top 250 cities in the country.”

Reactions to the App

This app has sparked various reactions, with some lauding it for helping people protect their rights during DUI stops while others have criticized it for being nothing more than a trumped up referral service.  Others too have denounced the app because they see it as condoning drunk driving.

One of the more interesting reactions to the Duey Dialer has come from law enforcement officials themselves. In fact, as Sgt. L.C. Morgan of the Colorado Springs Police Department has stated:

I don’t think [the app encourages drunk driving] because whether or not [the stop is] videotaped or audio taped, it’s not going to change the fact of how much alcohol might be in your system, and the only way we’re going to find that out is by a test of your blood and or breath and that’s where it becomes important, I mean what’s on the video tape or what’s on an audio tape really isn’t going to matter that much… It could become an item of evidence. Obviously a crime has been committed… We’re there investigating that crime and if something comes up and there’s a video tape or an audio tape that’s going to help clear up what may have happened. That is an item that we may try to seek.

What do you think about this new app? Would you download and use the Duey Dialer? Share your opinions and comments with us on Facebook & Google+.

Have you or a loved one been charged with a DUI? If so, a trusted Adams County and Boulder DUI lawyer at Peter Loyd Weber & Associates is ready to immediately start defending you. Our primary concern is protecting your constitutional rights throughout the criminal process while helping you obtain the best possible outcome to your case.