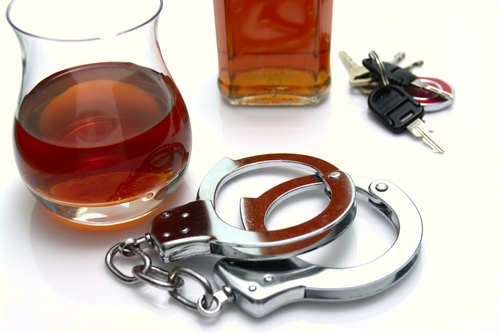 Police reports can a central part of DUI cases, as they can provide important insight regarding what happened before, during and immediately after a DUI stop.

Reveal more about just how these reports can impact a DUI defense case, below, we have dispelled some of the most common myths about DUI police reports.

While the following information can be helpful to DUI defense cases in Colorado, please don’t hesitate to contact a Boulder DUI attorney at Peter Loyd Weber & Associates when you need answers and advice about your best defense options.

Myth 1 – There will only be a DUI police report if I’m charged with drunk driving.

Fact – Wrong! DUI police reports will be written up whenever an arrest is made following a traffic stop. So, regardless of whether you are eventually charged with impaired driving (or whether those charges are later reduced, dropped or dismissed), there will be a police report if you were arrested for an alleged DUI.

Additionally, it’s important to be aware that, if you are arrested for DUI, you will also have a criminal record of this arrest (again, regardless of whether charges are filed or how those charges are ultimately resolved).

Fact – Wrong again! Although it can take days to weeks before DUI police reports are available, you can request and review a copy of the final report when it’s ready.

Different counties have their own procedures (and related fees) for these requests; so it’s best to check with the department that made the arrest to find out more about how to obtain a copy of the police report associated with your case. In some regions, the report may be mailed to you (or your attorney) when it’s ready, or you may have to retrieve it from the department.

Myth 3 – The DUI police report accurately presents the facts of the DUI stop.

Fact – This is not necessarily true. That’s because the police report will only present the perspective of police and, in doing so, can result in:

All of this means that it’s critical to review the details of these reports to determine where the “facts” described within them may fall short of the truth and/or may fail to present the whole picture.

Myth 4 – There’s no way to refute the details of the DUI police report.

Fact – Not true! There can be various ways to reveal when the details of police reports are questionable, if not entirely inaccurate. For instance, any of the following may be useful in challenging the “facts” of a DUI police report:

The bottom line is that police reports do not always get it right – and that retaining an attorney to help you review the details of a DUI police report can be the key to determining your best defense options and bringing your case to the best possible resolution.

Have you or a loved one been charged with a DUI? If so, an experienced Boulder DUI attorney at Peter Loyd Weber & Associates is ready to immediately start defending you. Our primary concern is protecting your constitutional rights throughout the criminal process while helping you obtain the best possible outcome to your DUI case.

We offer complimentary consultations, and we take pride in always being available to our clients – 24 hours per day, 7 days per week – so that they have the personal attention their case deserves.