DUI checkpoints are widely used throughout the U.S., especially over holiday weekends or other times when law enforcement officials expect there to be more drunk or impaired drivers on the road.

Given that these checkpoints will likely be set up throughout Colorado for the July 4th weekend (that will be here quite soon), below, we’ll point out some important facts to know about them.

Here’s What You Should Know about Sobriety Checkpoints

1 – DUI checkpoints have to be set up for distinct periods of time, at specific locations. 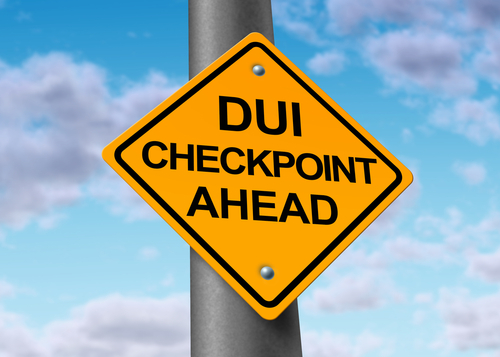 Experienced Adams County & Boulder DUI attorneys point out some important facts to know about DUI checkpoints. Contact us when you need the best DUI defense.

This is requirement is intended to limit the intrusion sobriety checkpoints may have on law-abiding drivers. Specifically, it requires that law enforcement officials determine when, where and for how long they will run a DUI checkpoint before that checkpoint is set up.

2 – Nondiscriminatory methods of stopping cars must be used at DUI checkpoints.

In other words, officers can stop every car, every other car, every fifth car, etc. But, whatever method they choose for stopping cars must be nondiscriminatory against the motorists.

If police need to switch up their method for stopping drivers (because, for instance, traffic is backing up way too much behind the checkpoint), officers can switch the method they are using, so long as they:

3 – When checkpoints are illegally operated, DUI charges from them can be dropped.

This is important to know – particularly if you or someone you love has been arrested for DUI at one of these checkpoints. The fact is that not everyone follows the rules for running checkpoints, and when the rules aren’t followed:

4 – Some are fighting to stop funding for DUI checkpoints because they claim these checkpoints are ineffective.

Interestingly, there has recently been a big push to replace DUI checkpoints with other enforcement efforts, such as roving patrols. This push has arisen from findings that:

What do you think about these facts about sobriety checkpoints? Share your comments and opinions with us on Facebook & Google+.

Have you or a loved one been charged with a DUI? If so, the Adams County & Boulder DUI attorneys at Peter Loyd Weber & Associates are ready to immediately start defending you. Our primary concern is protecting your constitutional rights throughout the criminal process while helping you obtain the best possible outcome to your case.